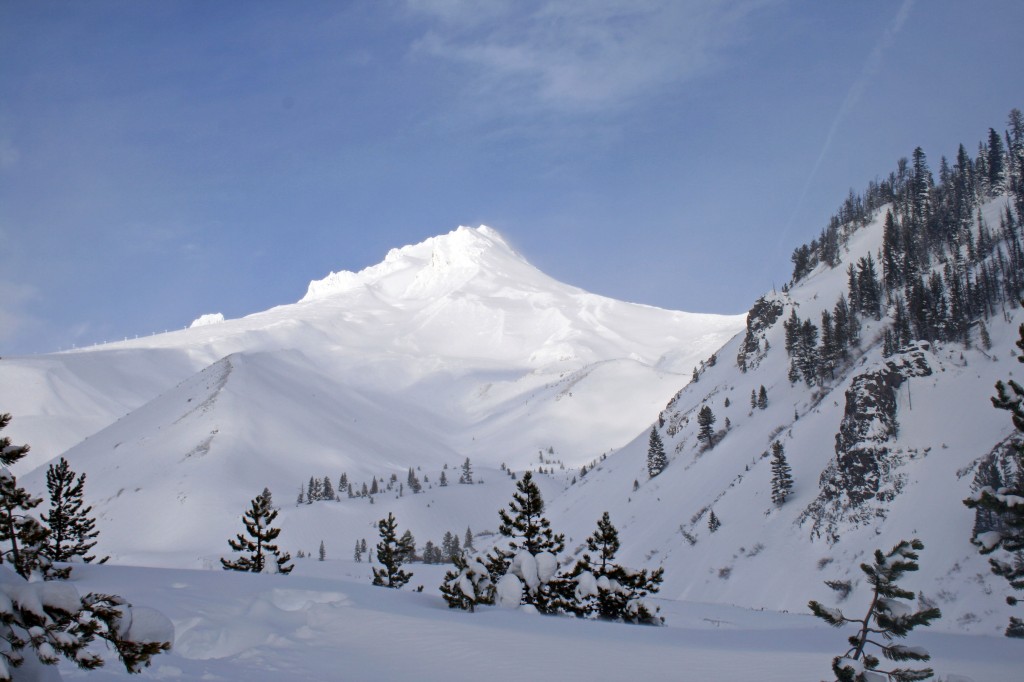 Instead of baking all Christmas Eve day, Steve, our friend Angie and I decided to head up to the mountain for some winter fun and I was only minimally harassed when I showed up to Christmas Eve dinner without pumpkin cheesecake. We were on a bit of a time crunch, so we decided on the White River trail because of it’s accessibility, shortness of the hike, and killer views of Mt. Hood. Apparently everyone else had the same idea because the Sno-Park was packed with families and their furry friends sledding, snowshoeing and cross country skiing. There was also a mountain rescue going on the same day because three people had gotten lost while snowshoeing to a cabin two days prior. The group was thankfully found before the day was over.

Distance: 3 miles roundtrip to the power lines; longer options abound (we hiked about a 1/2 mile passed the power lines and had a beautiful view of Mt. Hood and the Meadows chair lift)

Dog Friendly: yes, in fact our dogs got spoiled with attention and were complimented for being so well behaved 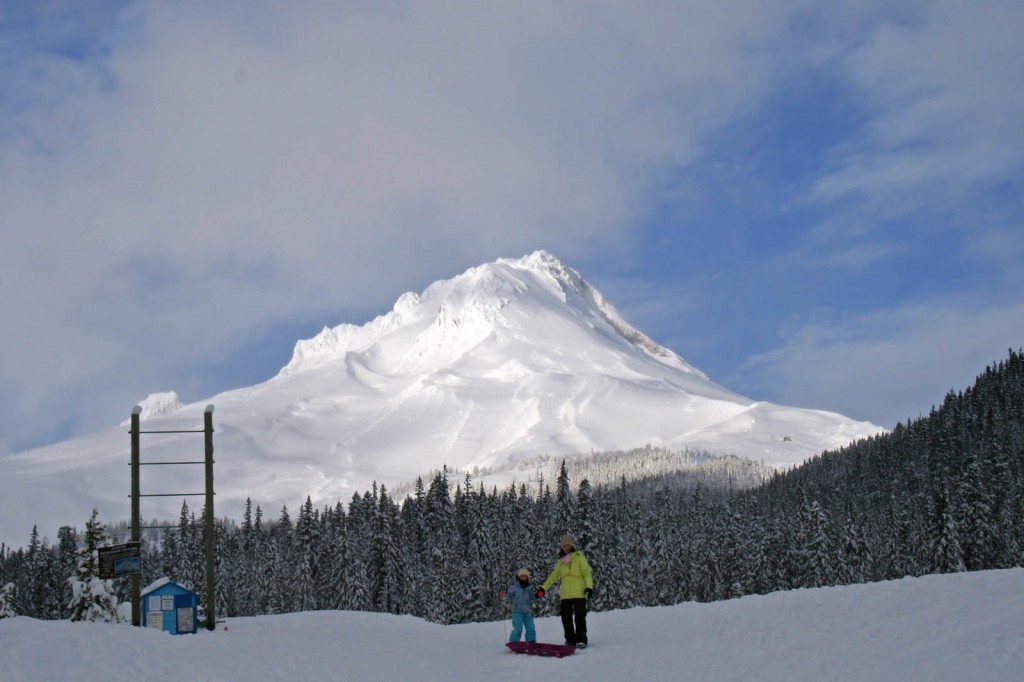 The view from the parking lot was beautiful too

From the parking lot you follow the masses along a road/path along the river and passed several sledding hills, one of which you actually hike up…and would be a total pain on cross country skis. This sledding hill is really the most difficult part of the snowshoe and you probably won’t even notice yourself huffing and puffing as you watch all of the tubers flying by. 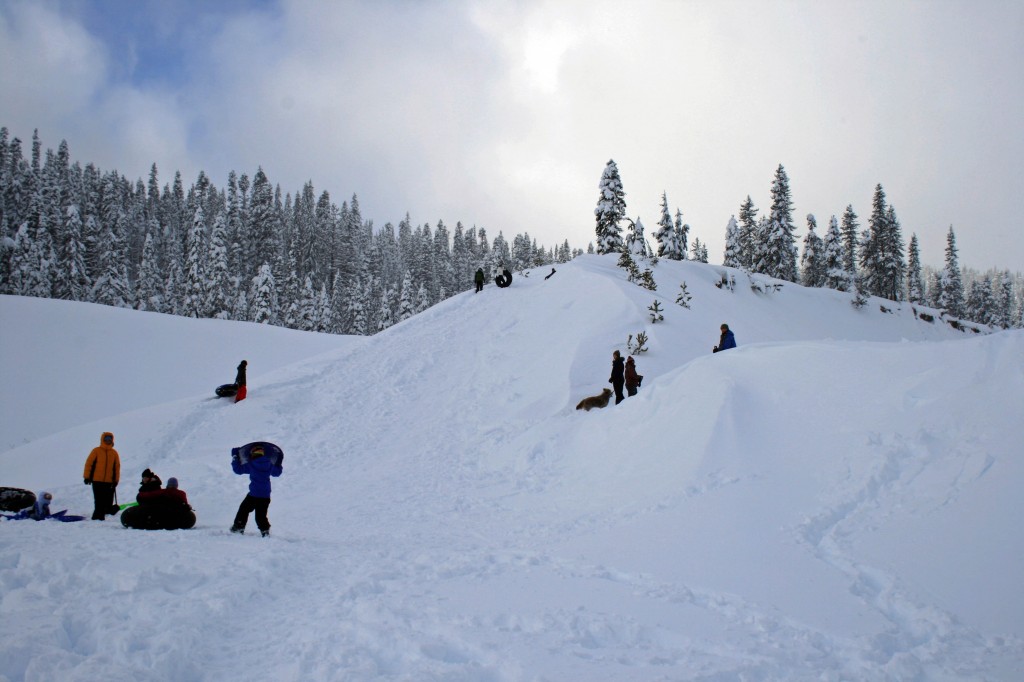 The sledding hill and most challenging part of the snowshoe.

Continue along, either on the trail or off, if you prefer, until you reach the power lines that power Mt. Hood Meadows Ski Resort. If you turn around at the power lines you will have completed about a 3 mile roundtrip. For more fun, continue further up the hill toward the mountain…you will be rewarded with amazing views of Mount Hood. 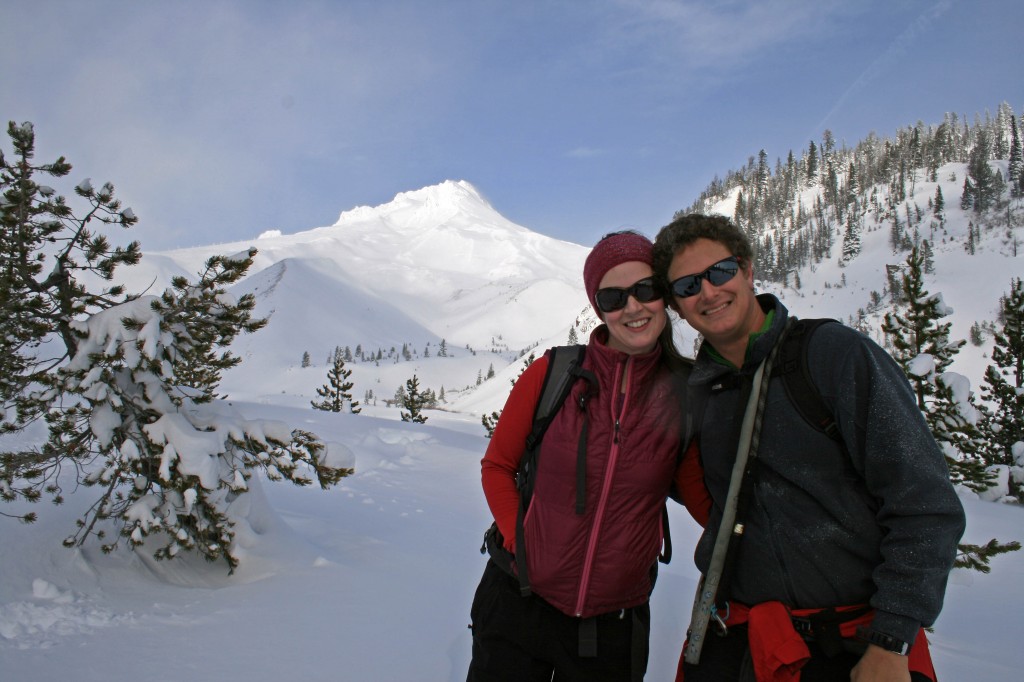 Stopping for a break and a photo.

On the way down Angie decided to give Sal a great big hug…so we took another picture. 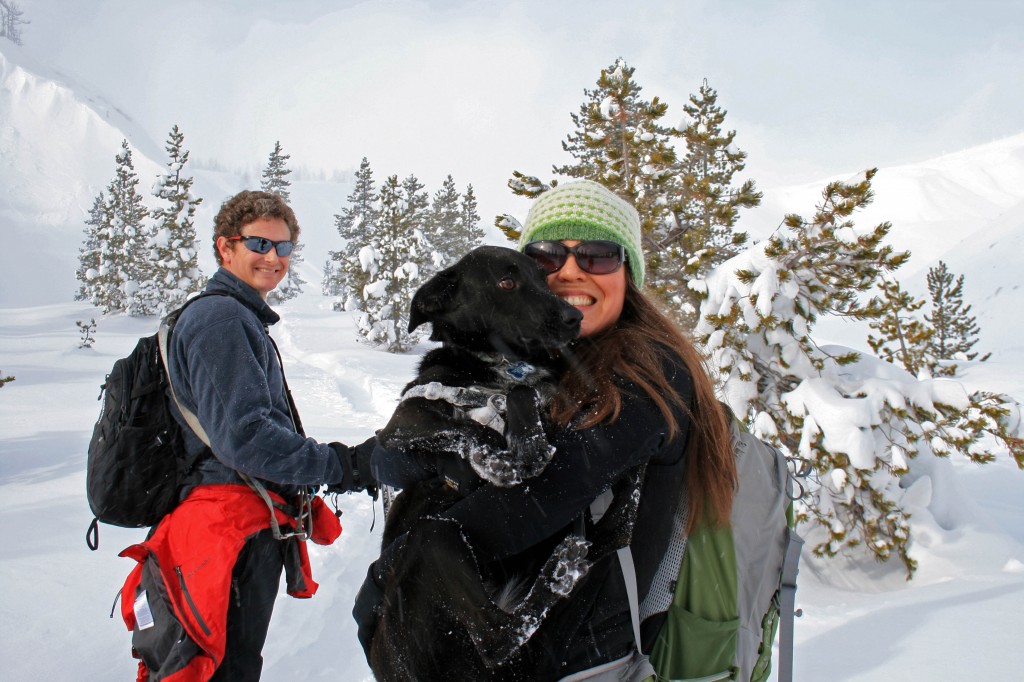 The parking lot was still very full with families out having Christmas Eve fun and with the volunteers, medical teams, and sheriffs department that were out looking for the lost snowshoers. Just makes you realize how important it is to be prepared and to pack the 10 Essentials. 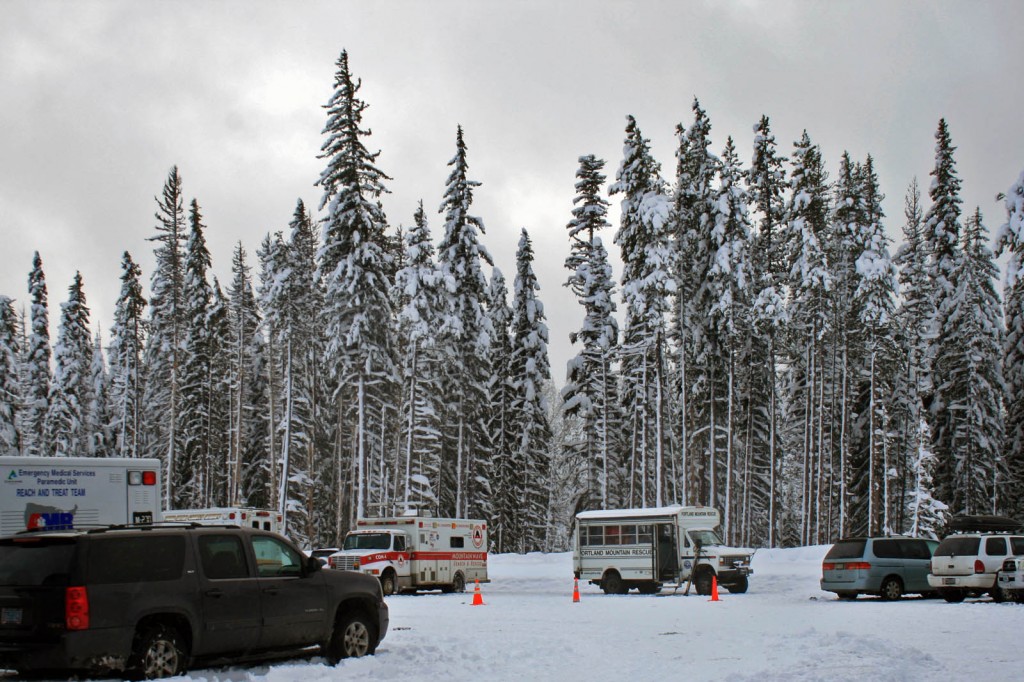 Portland Mountain Rescue, new trucks and the “entire” Hood River Sheriffs department were all still on the mountain when we were heading out.

We really can’t wait till we get to go snowshoeing again…hopefully it will be sooner rather than later.

A note about snowshoes: Steve and I have both been using the MSR Evo Snow Shoes

and they rock. They get awesome traction and just the right amount of “float” and they even have “tails” that you can add on if you need some extra lift. Bottom line…they rock and they aren’t nearly as expensive as some of the others. We also added a couple extra strap bindings to ours, so now they are super secure and never come undone. If you just want to try out snowshoeing rentals are usually super cheap…usually about ten bucks a day.