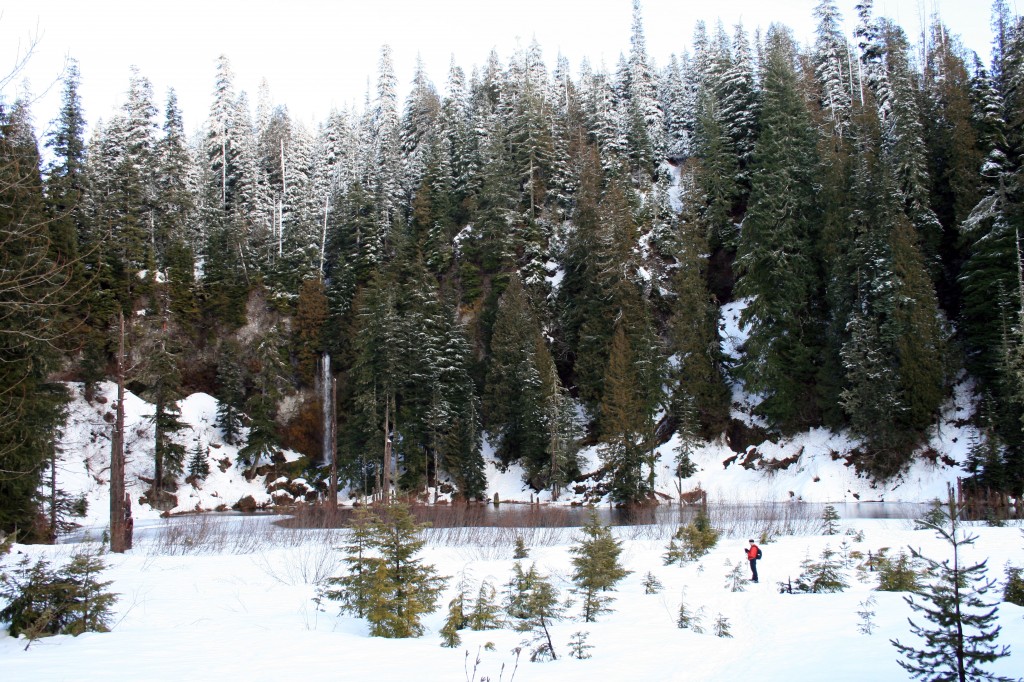 Partially frozen June Lake on the South side of Mount Saint Helens.

and hit some of our favorite snowshoeing spots. We found out about June Lake from a woman that was hosting a Washington Trails Association/Mount Saint Helens info session at REI and the trail doesn’t disappoint. If you register for a climbing permit at the Lone Fir Resort (in Cougar, WA) before heading up you can even summit Mt. St. Helens on the same trip…just make sure to get an early start. I’ll have to work on convincing Steve to summit Mt. St. Helens on our next trip to June Lake.

Distance: 5+ miles (so many trails to explore, we ended up doing about 7 with some off-trail exploration and the trails on the opposite side of the road)

Dog Friendly: That depends on your dog….are they used to the cold and snow? Jedi is our wussy dog and he did just fine till the end when he was tired. Sal, our young crazy one, had the time of his life. Our dogs wear jackets on snowshoe trips and we pack extra food for them because they work extra hard….postholing a ton.

Cons: I imagine it can get pretty crazy on the weekends….the parking lot is huge!!!

Permit: You need a Sno-park pass 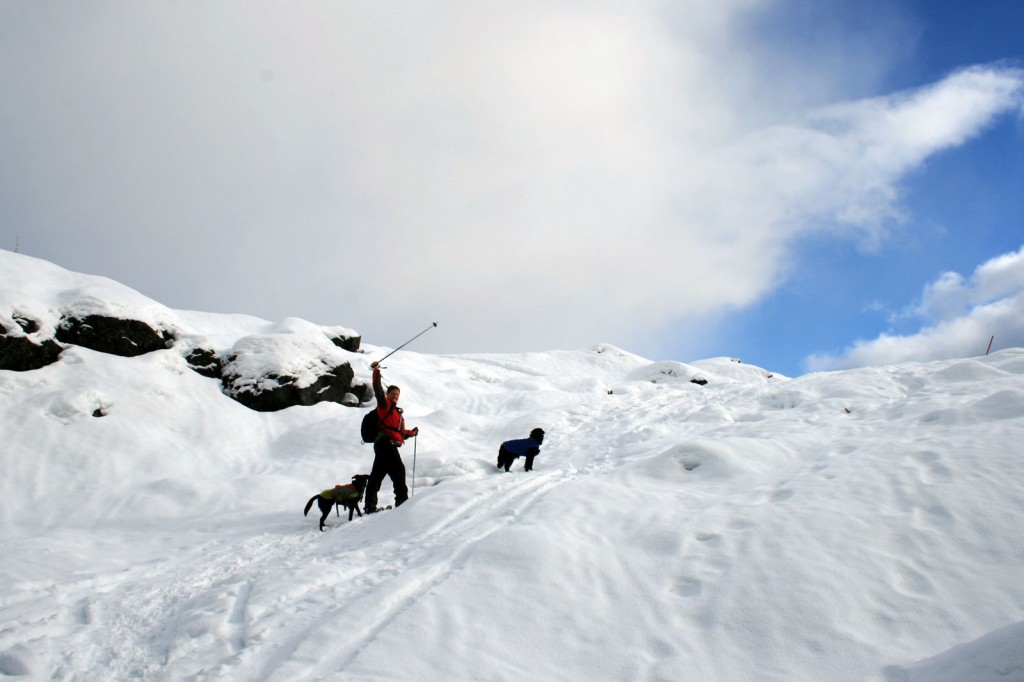 Steve and the pups ascending the Swift Ski trail, which is also the winter summit trail on Saint Helens.

The trail begins at the Marble Mountain Sno-Park in the Gifford Pinchot National Park on the south side of Mount Saint Helens. If you head up to Marble Mountain I would advise driving a 4-WD or packing chains….I have gotten stuck driving my little Toyota after an early November snow and I’ve also been up there later in the season and the road is perfectly plowed all the way to the park, so check the road conditions (and trail conditions too) before heading out.

When we headed out to the mountain it was following a period of steady snow, while the Swift Creek Trail (#244) showed signs of use, the Pika Trail was only partially marked.  So we blazed our own trail, utilizing our GPS of course, over to June Lake. A snow storm was moving in and turning the sky black, so we hoofed it over to the lake, but it began dumping before we made it. 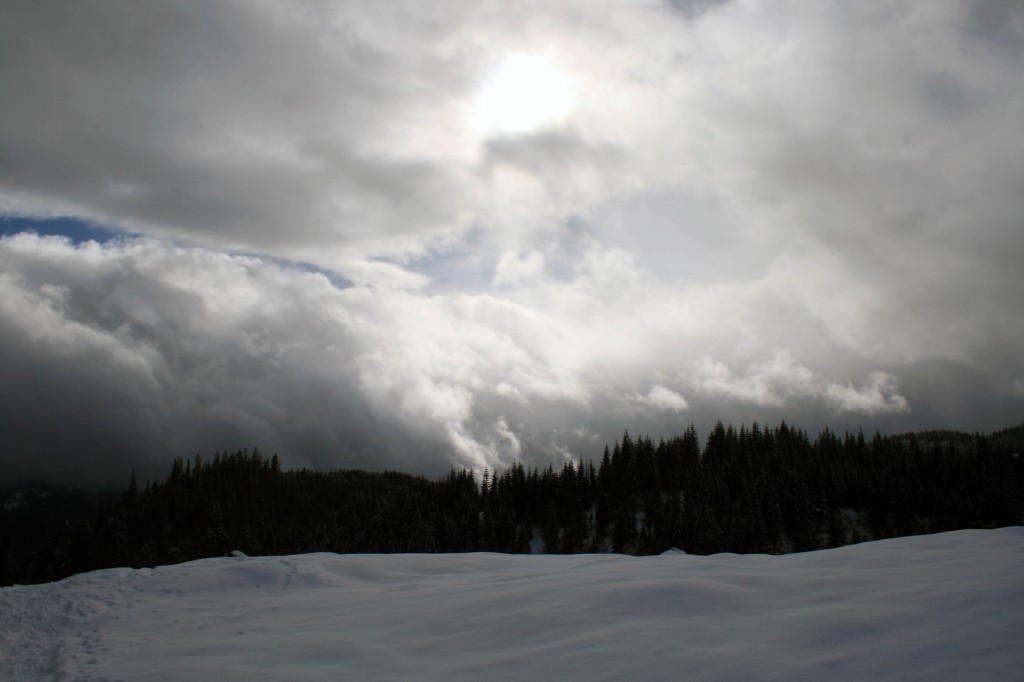 June Lake is a gorgeous little lake with a pretty waterfall pouring off the hillside into it. The June Lake Trail (216B) follows a pretty little creek until it reaches the road. We decided to explore the trails on the other side of the road for a bit, but were soon cold (and the pups were getting cold and tired too), so we ended up following the road back to the parking area. We could have taken the Pine Martin Trail (#245E) back to the parking area, but our pup, Jedi, was tired of postholing, so we opted for the road which was great: no postholing, pretty views….and surprisingly no snowmobiles. 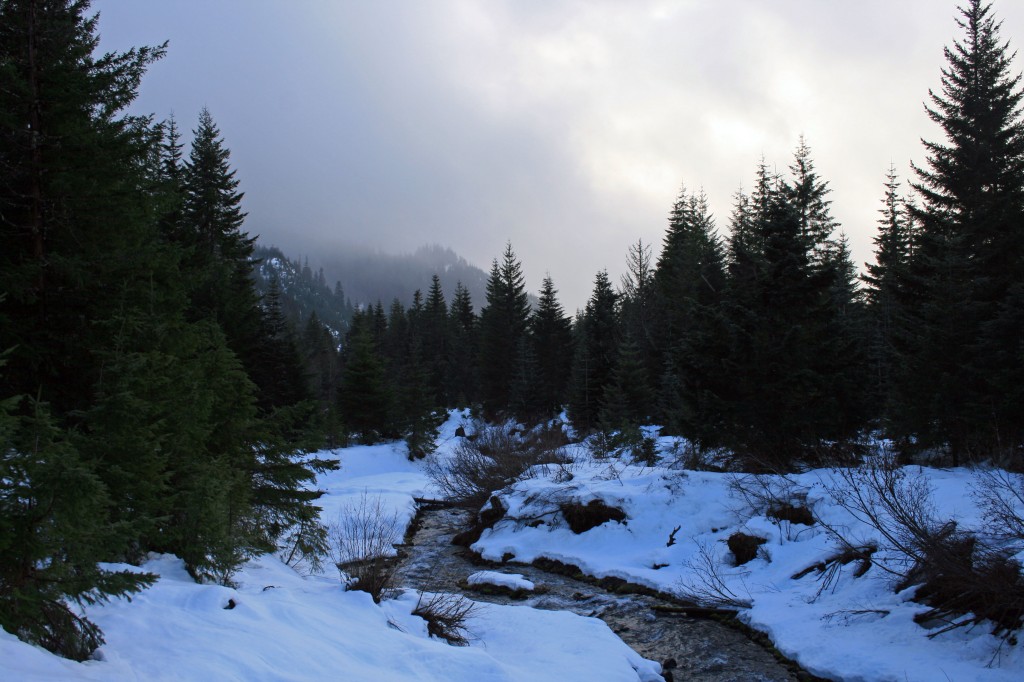 The June Lake ski trail follows this pretty little creek down the hill. 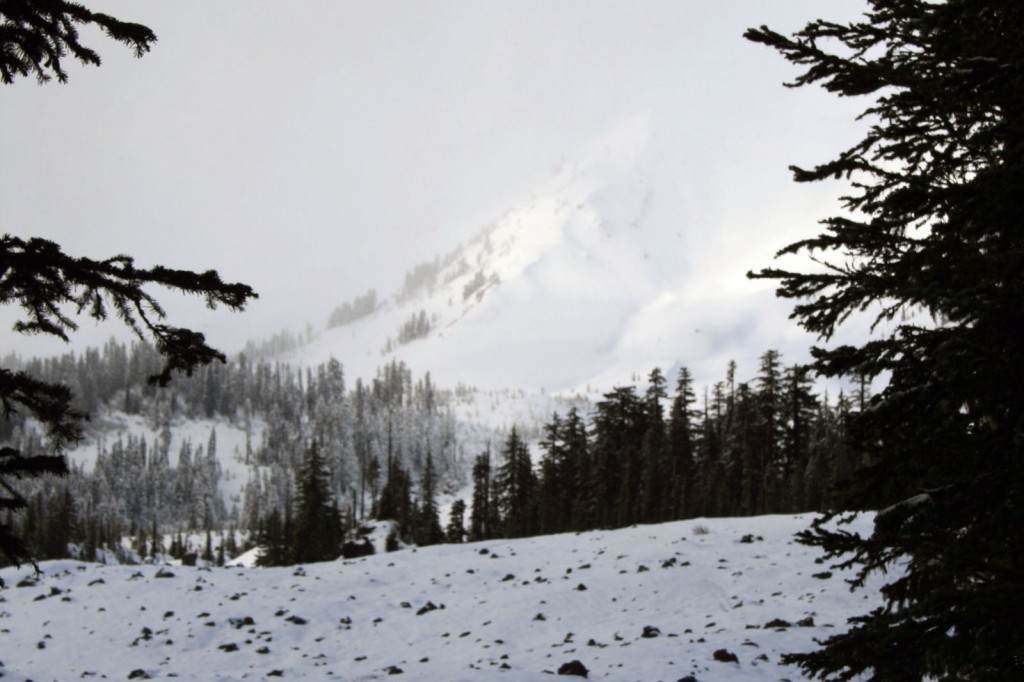 Finally a break in the clouds allowed us a peek at Mt. St. Helens.

For an in hand guide check out Snowshoe Routes Washington 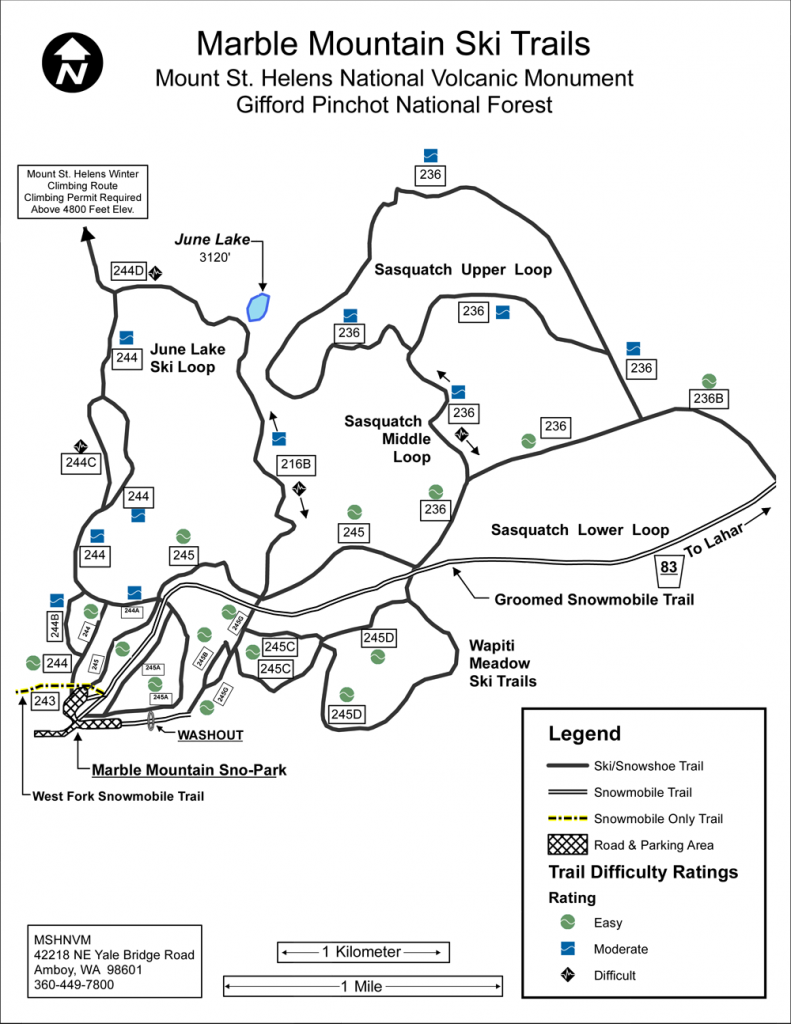