To celebrate fall Steve and I decided to take some time off and head up to Leavenworth (a cute little Bavarian style town… aka a tourist trap), about a 5 hour drive north from Portland, to see the larches in their golden glory up in the Enchantment Lakes. 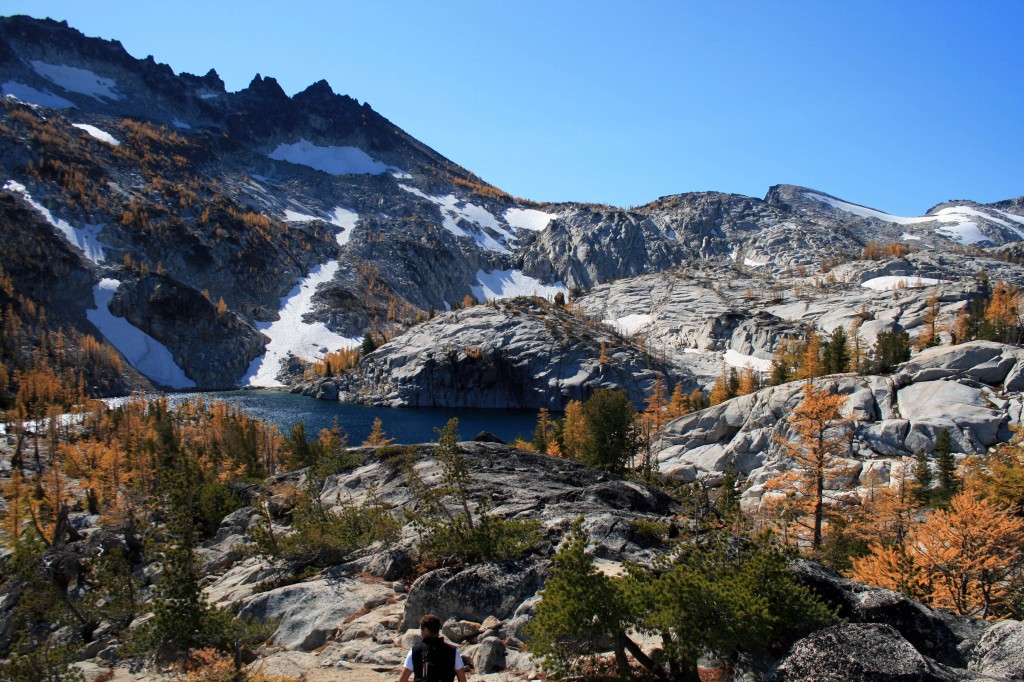 While Leavenworth town appeals to the retired set we did find a little local gem, the Icicle Brewery, where we were able to enjoy a few good beers before hitting the trail the next day.

For dinner our first night we shared an awesome cheese fondue served with fresh fruit, pickles, and rustic bread and one of the best steak sandwiches I’ve ever had at a cute little restaurant called Pavz Cafe. Our perfectly medium-rare steak sandwich was juicy and tender and served open faced with mushrooms, peppers and blue cheese…yum! After dinner we headed back to the brewery to try a couple of their other beers and all were delicious…I really liked their Bootjack IPA and their Aprés Harvest fresh hopped pale, but their porter and amber were also quite tasty. 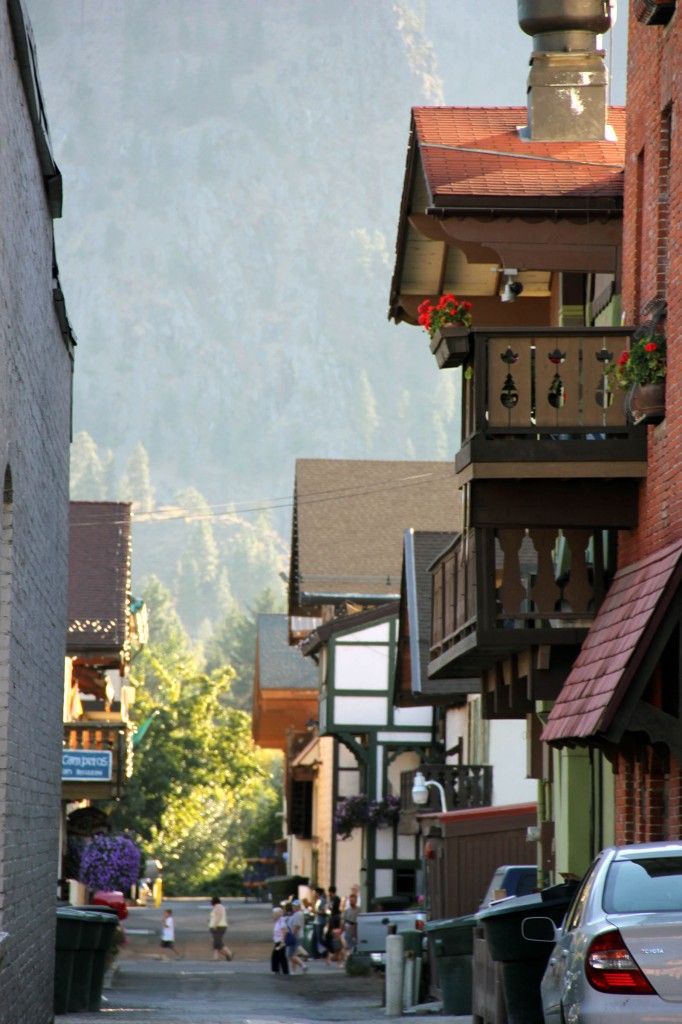 Steve and I, knowing that we had a long day ahead, called it quits after the Icicle Brewery and headed to the 76 to get a deck of cards and then to the KOA, our luxurious $22/nt. campsite, with bathroom, showers, game room, pool and hot tub (the pool and hot tub were closed for the season when we were there September 30th).

After we stumbled out of the Enchantments we headed back to Icicle Brewery for a couple of cold ones and then grabbed dinner at South, a Mexican restaurant in downtown Leavenworth. They had 1/2 price drinks on Happy Hour (the Cilantro Jalapeño Margarita was amazing), and a little salsa bar to spice things up. Steve had the steak fajitas and I had the carnitas plate, the pork melted in my mouth! The salmon tacos were recommended by the bartender at Icicle Brewery, but I couldn’t resist the carnitas; so we’ll have to try the tacos next time.

We happened to be there the week before their Oktoberfest begins so everyone was getting ready for the harvest festivities, setting up booths, and decorating storefronts. 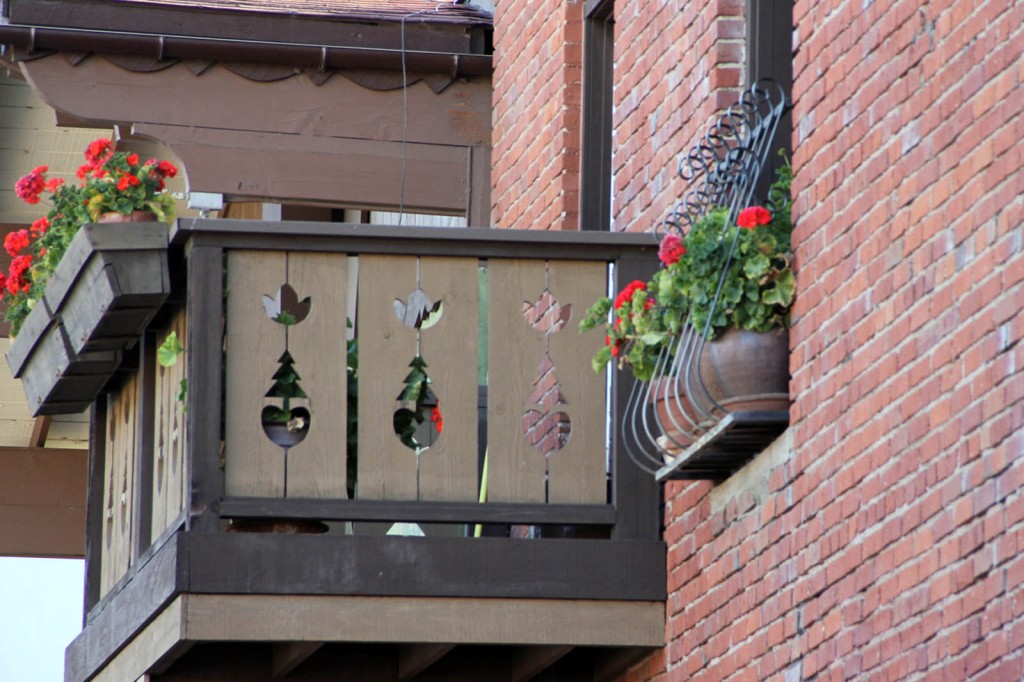