Toward the end of our trip we stopped at Arborek Island to use the phone so we could arrange a stay and scuba diving with Raja Ampat Biodiversity on Gam Island (they have a tower that you can climb to get signal). Our afternoon at Arborek was spent walking around the village and snorkeling around the dock with it’s beautiful coral formations and a GIANT school of fish!!!

We will always remember Arborek. When we pulled up to the dock and peered over the edge of the boat we realized that what looked like seagrass was really a giant school of fish that was atleast 20 feet deep. I’d never seen anything like it. Obviously we jumped in to freedive with the fish. GoPro

Giant school of fish in Raja Ampat from thescubageek on Vimeo. 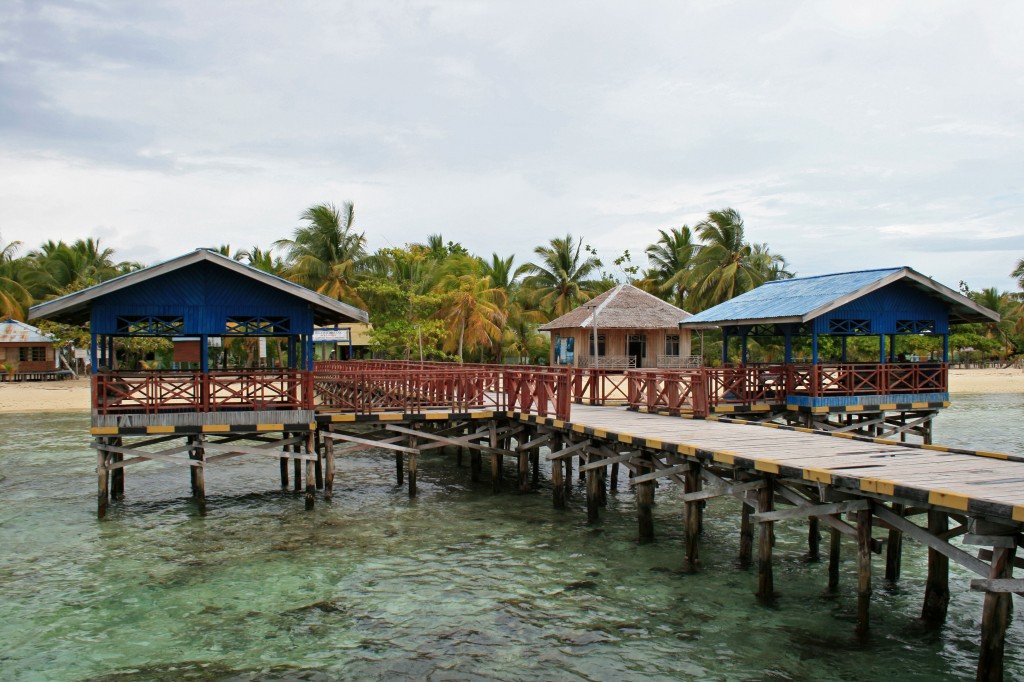 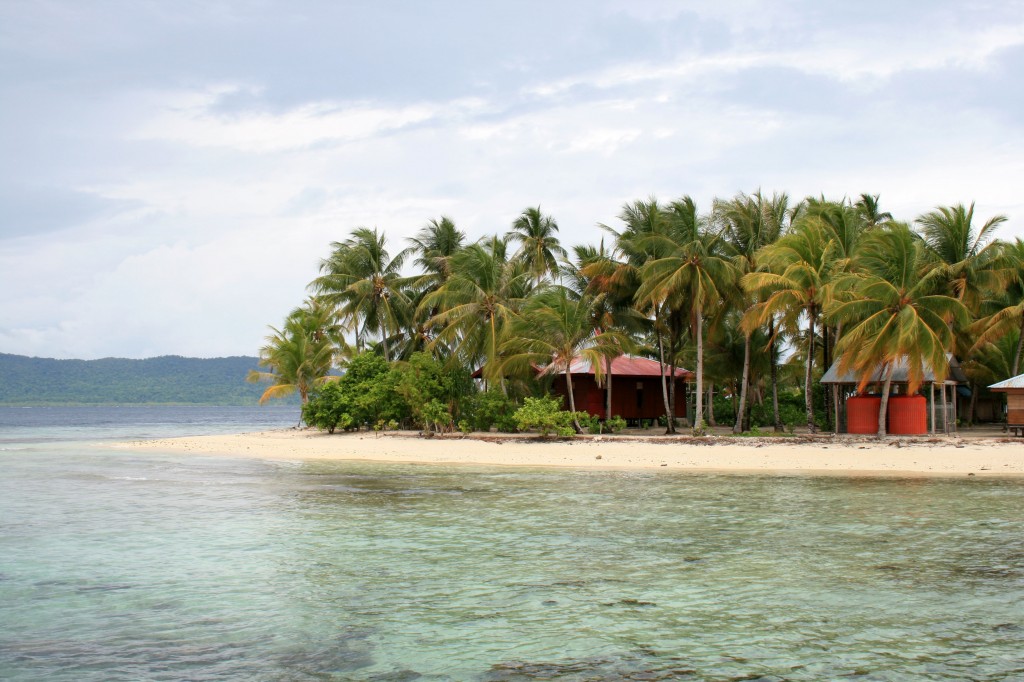 And then a storm moved in….and we were stuck on the boat, rain was coming in from the ceiling, from the doors, the wind was insane and the boat would not stop rocking. By the time the storm “settled” down it was after dark, the staff shuttled us over to the dock pair by pair where we practically had to leap from the boat onto the dock and hoist ourselves up….it was complete madness. And then the staff shuttled our tents, sleeping mats and dinner over to the dock…and we had to time the pass-off of the goods with the waves. It was a rough evening, with a cold dinner. Atleast we didn’t have to sleep on the boat that night and the staff tied tarps to the awning on the dock to block some of the wind. We only had to deal with the dock rocking and the waves crashing down below. Needless to say, we called it an early night and went to bed right after dinner. 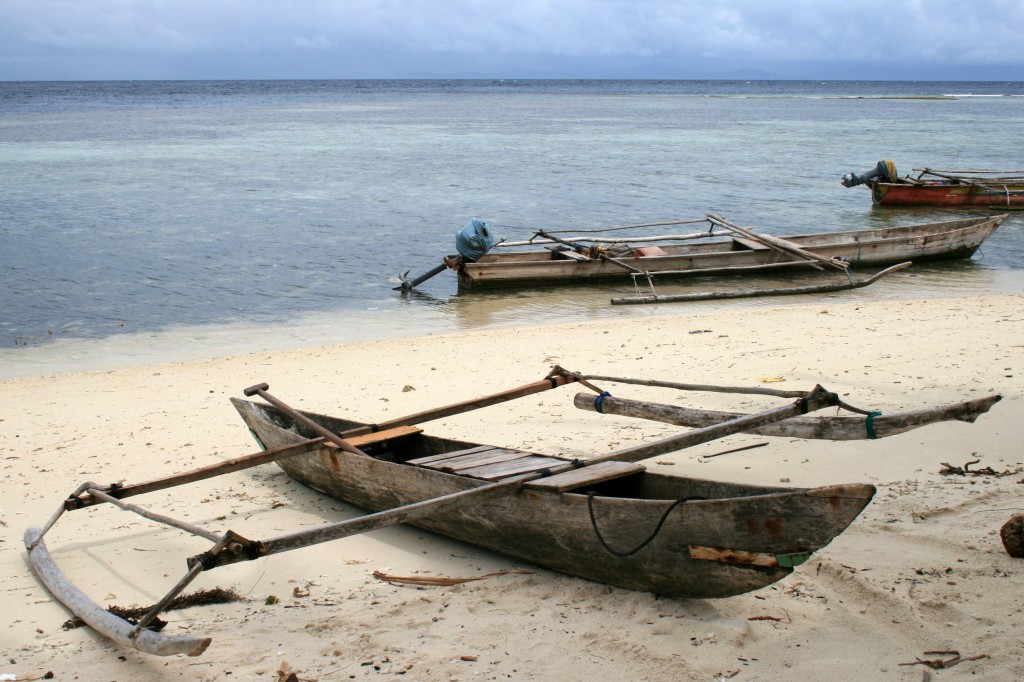 Even the locals were bringing their boats in. 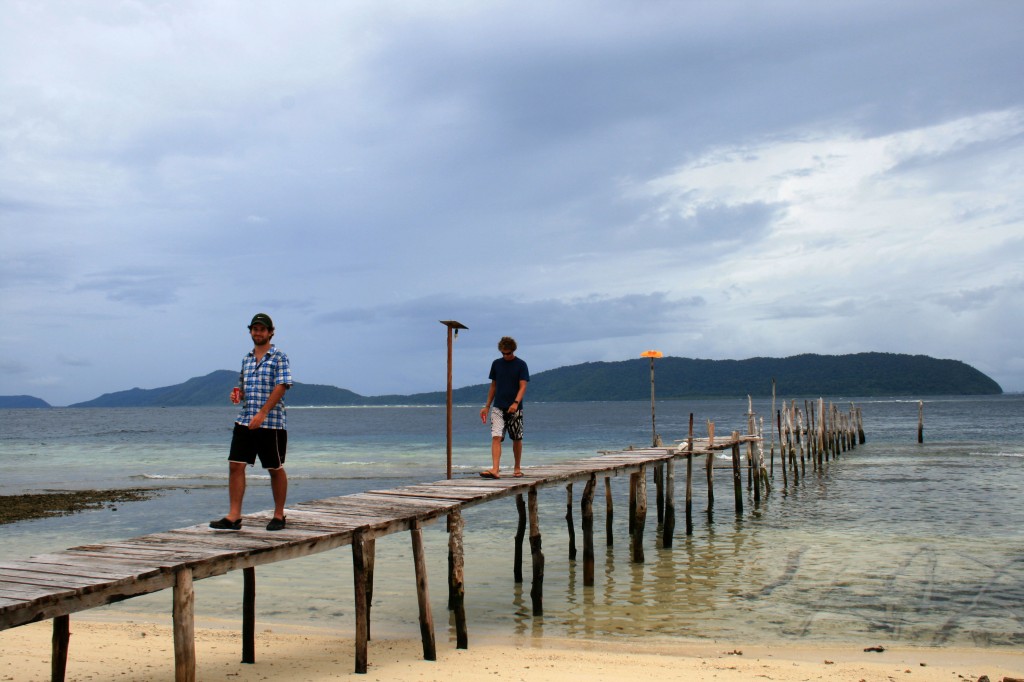 At this point the storm was moving in fast, so our island exploration was cut a bit short

The incredible storm made Arborek quite memorable, but the island itself was pretty charming in its own right and I was able to snap a couple of pretty shots and a handful of pics of the kids. 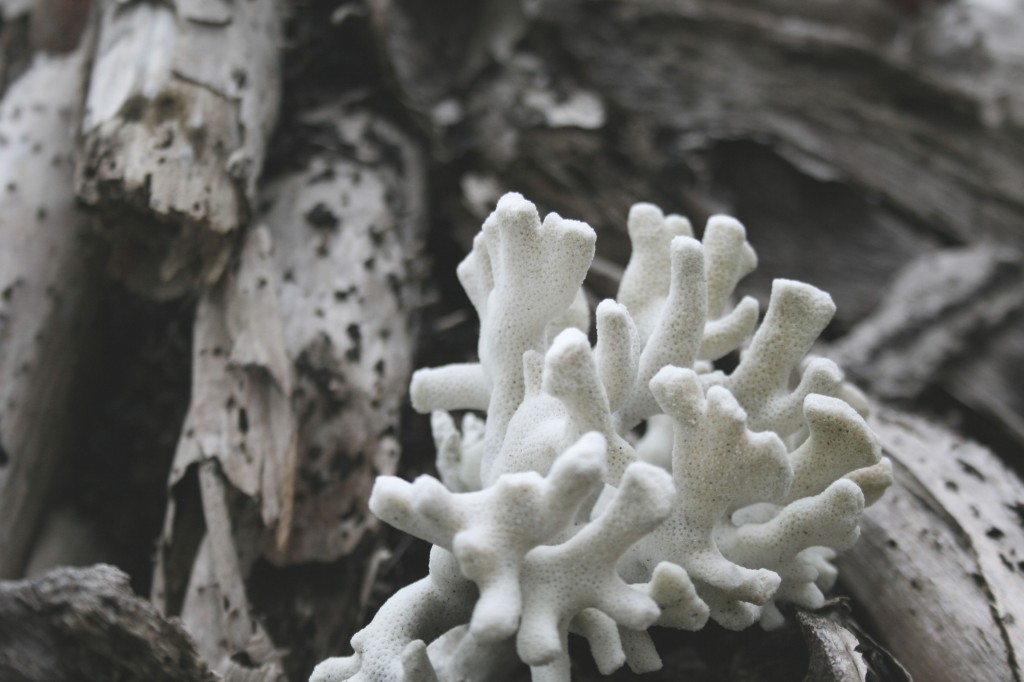 Driftwood and coral at one of the homestays 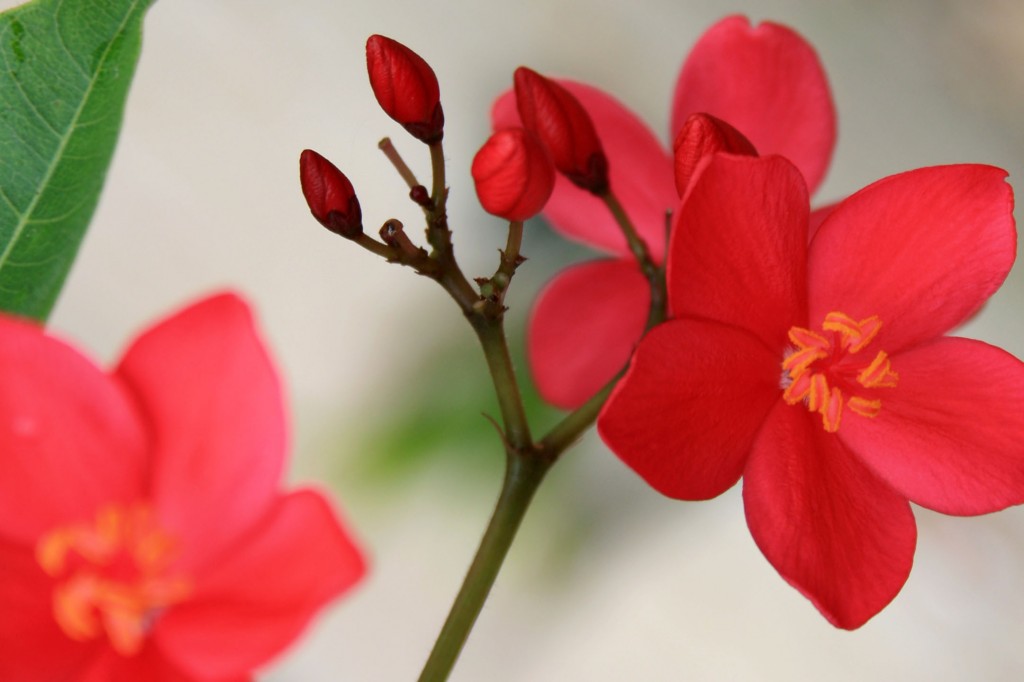 I love taking pics of flowers 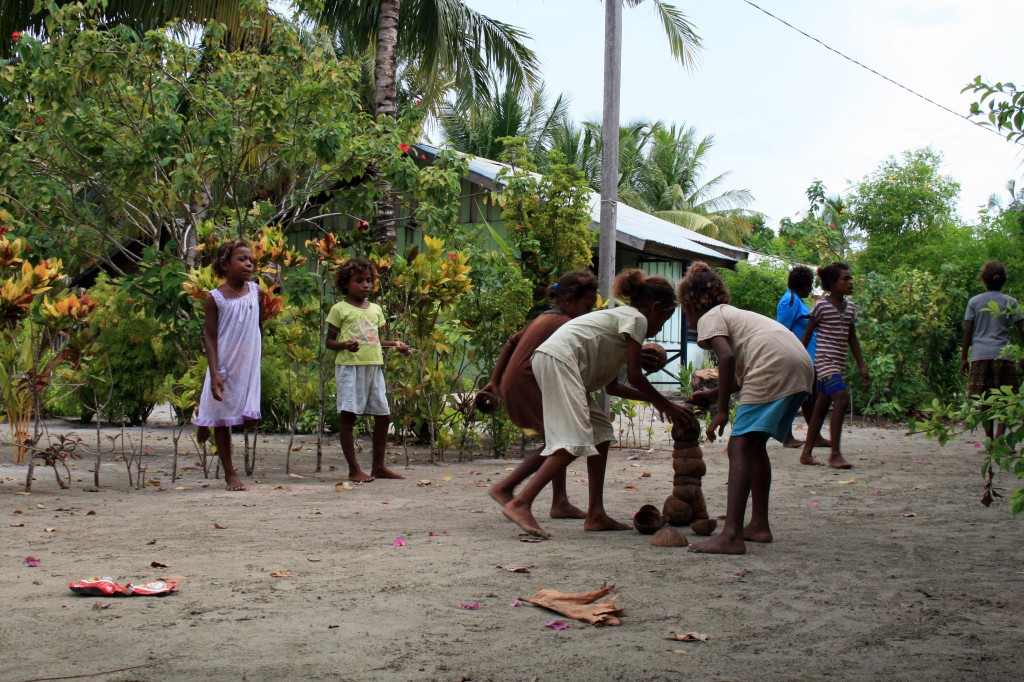 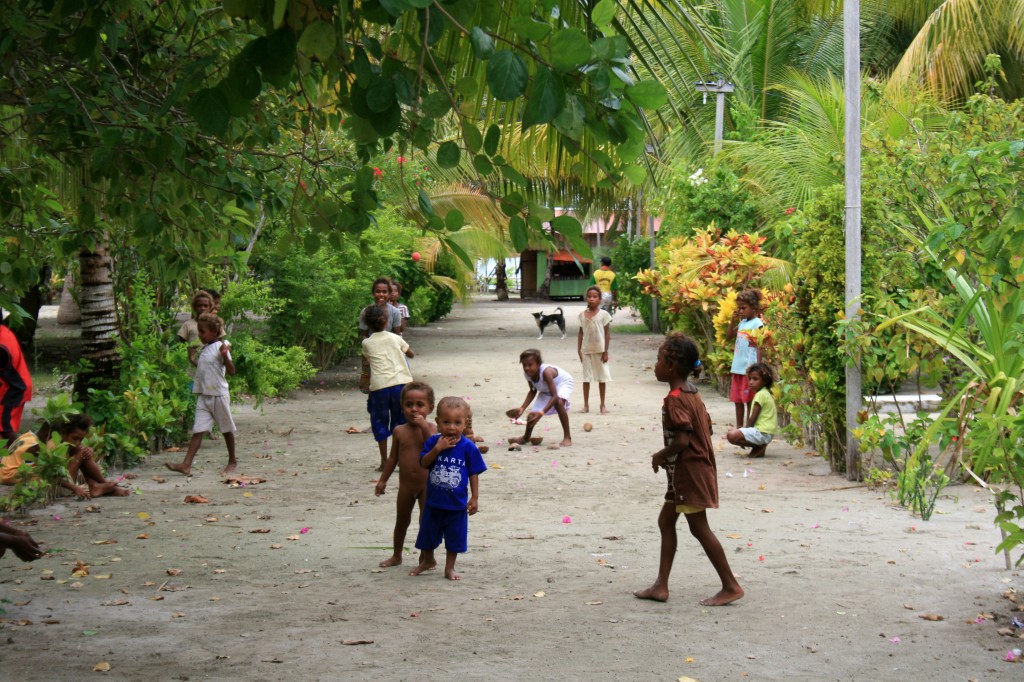 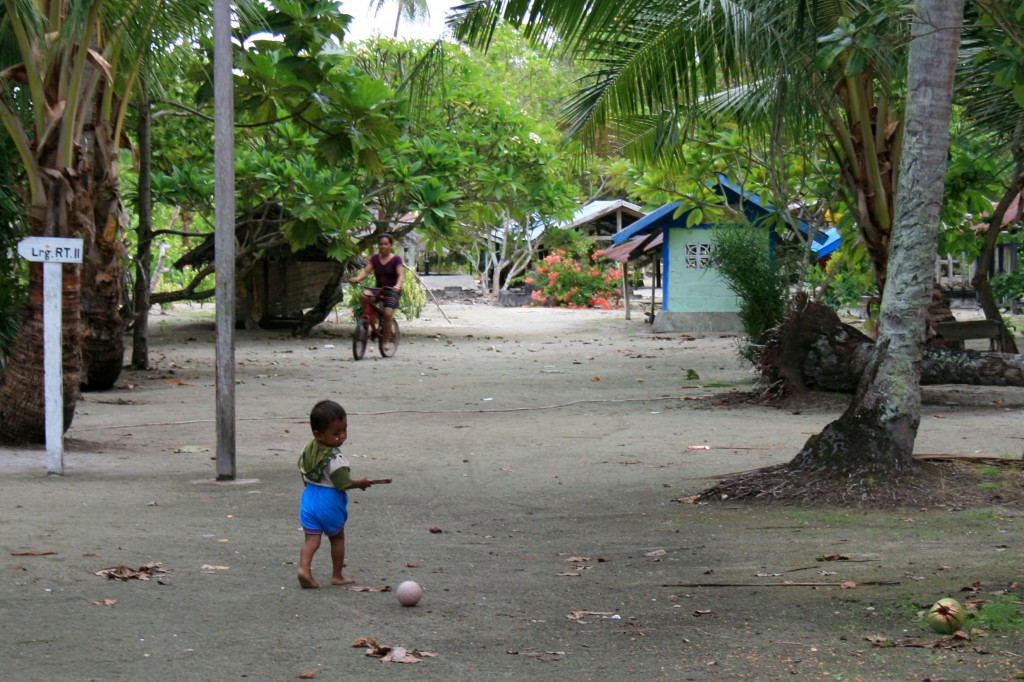 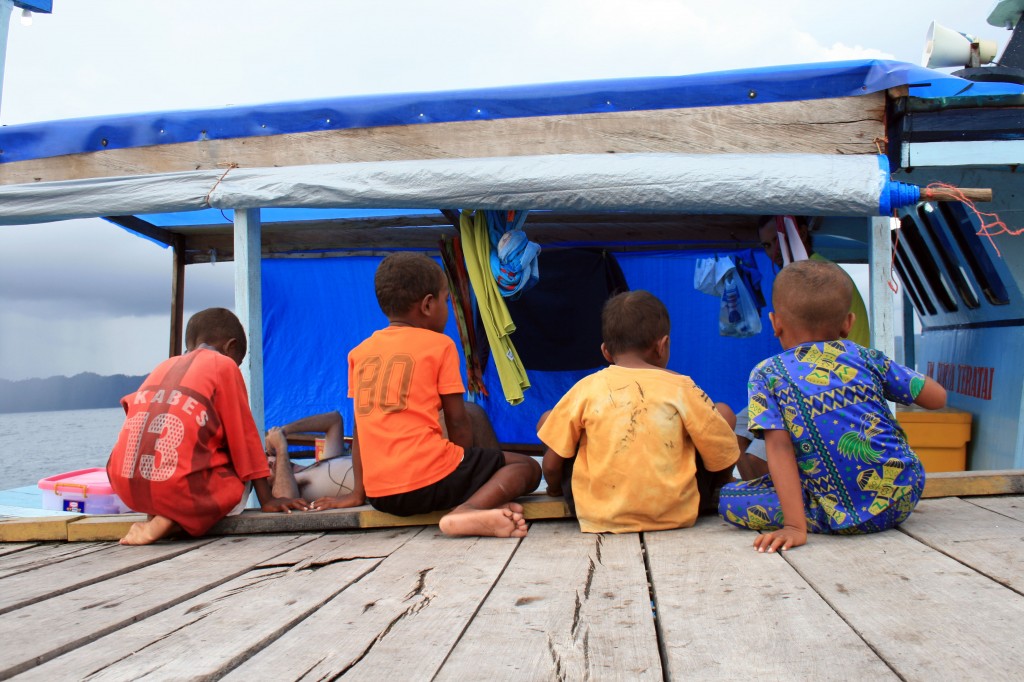 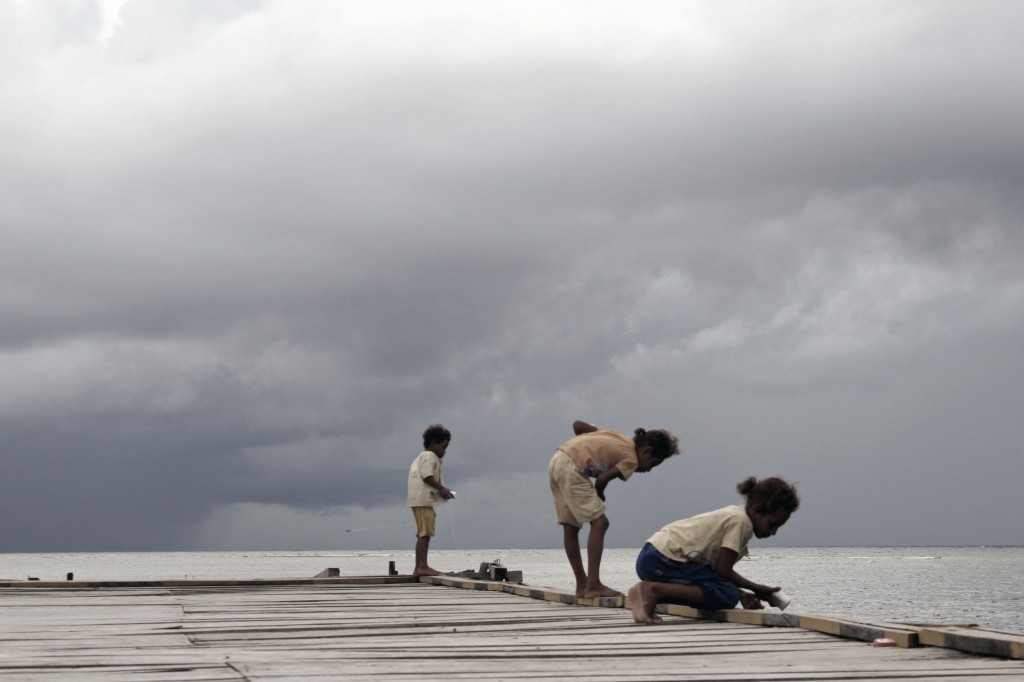 They start them young…these kids are fishing off the dock with just fishing line and a hook….no pole needed 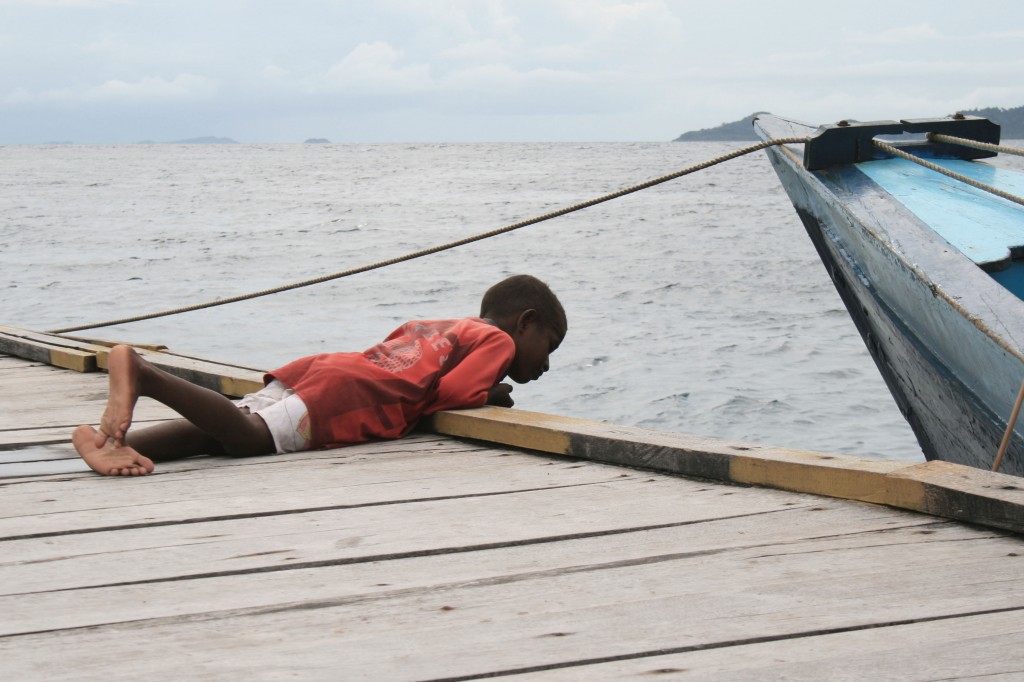 So curious about everything we did…

Someday we’ll get back to Arborek….hopefully it won’t be so stormy next time.

Snorkeling with Sharks at Wayag Island

One thought on “Arborek Island in Raja Ampat”